About the Main Street Program 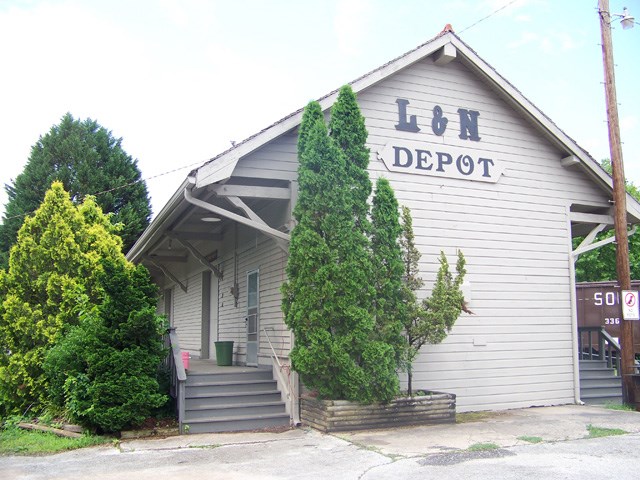 The L&N Depot, circa 1887, was the meeting place of the Southern (originally the Carolina Railroad) and the Louisville & Nashville Railroad (originally the Georgia Railroad). What remains is the freight area. The grand station was torn down shortly after the Railroad pulled up the tracks in 1987. Both Railroads met at the river and were unable to cross it due to a group of Murphy businessmen and New York investors who chartered a railroad called the Hiawassee Railroad Company and set up a blockade to keep the L&N and Southern Railroads from meeting. Passengers and freight had to be ferried across the river to the depot. No railroad was interested in the Hiawassee scheme or buying its right-of-way, and it eventually died.


The Georgia Railroad went to court to condemn the property and finally put its tracks across the river to the present depot site 12 years later. Murphy now boasts the smallest railroad in the country with a short spur of tracks, a boxcar and a caboose. The last train to leave out of Murphy was a trip to Andrews over the July 4 weekend of 1992. There are currently plans to restore the train cars and start running lighter weight trains through the Andrews Murphy Valley once again.

If you would like to rent the Depot for special events, please click on the button below to download the Town of Murphy Depot Rental Agreement and return it to the Town of Murphy, 5 Wofford Street, Murphy, NC 28906